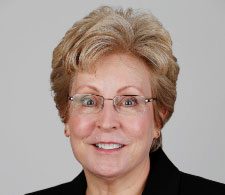 College Sports Solutions’s consultant Debbie Yow was recently tapped to join the Board of Directors for The National Coalition of Minority Football Coaches, founded by University of Maryland head football coach Michael Locksley. The NCMFC a nonprofit organization is designed to identify and groom coaches of color for high-profile jobs they’ve traditionally been denied.

Yow retained Locksley at Maryland after the dismissal of Ron Vanderlinden, an act Locksley never forgot. That’s why he approached her to join him in this new venture.

“Coach Locksley called me and asked if I would serve,” the retired NC State athletic director said of her position with the NCMFC. “We just have a strong, trusting relationship through 23 years. I’m excited about the possibility of helping people reach their full potential.”